Your Guide to Biotechnology

The biotech guides and resources that you can trust!

How to Get A Career in Bioinformatics 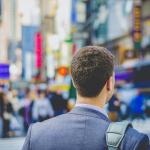 Bioinformatics is a combination of biology, computer science, and statistics. It is an interdisciplinary field that applies computer science and statistics techniques to biological problems. Working in bioinformatics involves using software to analyze DNA or proteins from different organisms to understand their functions. As such, bioinformatics professionals can have jobs in a variety of industries that all involve the use of computing technology and... ❯❯❯

The Rise of Chinese Biopharmaceuticals 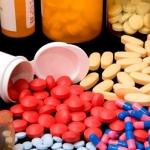 It's not uncommon to see new drugs developed by the collaboration between big international pharmaceutical companies and Chinese venture companies these days. "A decade ago, China 's biopharmaceuticals were modest, but it' s hard to ignore now." said a VC fund partner. China's role in the global pharmaceutical market has changed, and the long-standing supplier of cheap pharmaceutical raw materials as well as generic drugs has gradually become a major... ❯❯❯

It wouldn't be possible for the researchers to endeavor huge milestones the way they have achieved overtime in the molecular biology, without devising methods for the Protein Array. The reason behind this is the fact that unlike the DNA, proteins are unstable, i.e. they function in a quite narrow temperature range and they cannot be amplified in vitro in the way the DNA is amplified. Protein arrays have provided the platform for researchers to achieve... ❯❯❯

Bioinformatics Market Leaders in the Hot Pursuit of NGS

Bioinformatics is a rapidly developing branch of biology and is highly interdisciplinary, using practices and ideas from informatics, statistics, mathematics, chemistry, biochemistry, physics, and linguistics. It has many practical uses in different areas of biology and medicine. Roughly, bioinformatics labels any use of computers to handle biological information. In practice the definition used by most people is narrower; bioinformatics to them is... ❯❯❯

How to Prepare for Whole Genome Sequencing

Genomics is a field of technology that changes at an alarmingly rapid rate. It is difficult to find examples of other fields that have undergone change at similar rates, but comparisons could include the evolution of computer technology over the past several decades or the rapid growth of Internet startups in the 90s. Unlike these examples, the growth of genome sequencing technology is limited to a specific technological sector, or at least, it has been... ❯❯❯

All About Next Generation Sequencing

The field of genetics has witnessed revolutionary new technologies and trends in the last decade. One of the groundbreaking breakthroughs is the next generation sequencing. This technology has equipped the researchers for determining the DNA sequences of entire genomes of bacteria. This has led to the evolution of metagenomics which is a field to study sequencing the genetic makeup for an entire community. Small samples of microbes are extracted and... ❯❯❯

Midway across the Atlantic, KLM, JFK to AMS (Amsterdam Airport Schiphol), seated in coach on a brand new 747, summer 1972, on an IASA Student ticket; altitude, 30,000 feet. In-flight movies had recently been introduced, and on one leg the film was spilling off the take-up reel, out the housing opening, and falling on the passengers seated below the projector. Mid-flight entertainment went from a forgettable movie to live entertainment as the Flight... ❯❯❯

Masters Degree in Bioinformatics and Why You Should Get One

Bioinformatics is the new sunshine discipline that applies computer science methods, including mathematics and statistics, to biological data such as DNA sequences and protein structures. This data is converted into information and entered into databases, which are then analyzed, merged, researched, better understood and used for enhancing human life (by creating new improved drugs, for example), agriculture practice and environment. A bioinformatics... ❯❯❯

The development of next generation technologies is enabling the complete mapping and further understanding of microRNAs (miRNAs). Deep sequencing (NGS) provides complete coverage of the small transcriptome and new bioinformatics tools such as ACGT101-miR enable an exhaustive analysis of the sequencing data. The application of these new technologies together with the availability of a nearly complete pig genome has provided the basis for further defining... ❯❯❯

Today, barcodes conceived by Bernard Silver, a graduate student at Drexel Institute of Technology in Philadelphia, PA, and his friends Norman Woodland and Jordin Johanson in 1948 are used universally. They play a critical role for identification purposes, relational information, and tracking. They are especially useful because scanners are relatively inexpensive, extremely accurate and highly efficient at obtaining and transmitting information from... ❯❯❯